While doing a late Friday shopping for a weekend ahead, I have bought a package of ready to bake pie crust. The first idea for a weekend dessert was a classic apple pie but then I though of a galette since it has been months since I have made it. Among all sorts of apples, I have chosen Jonagolds, sweet and juicy. 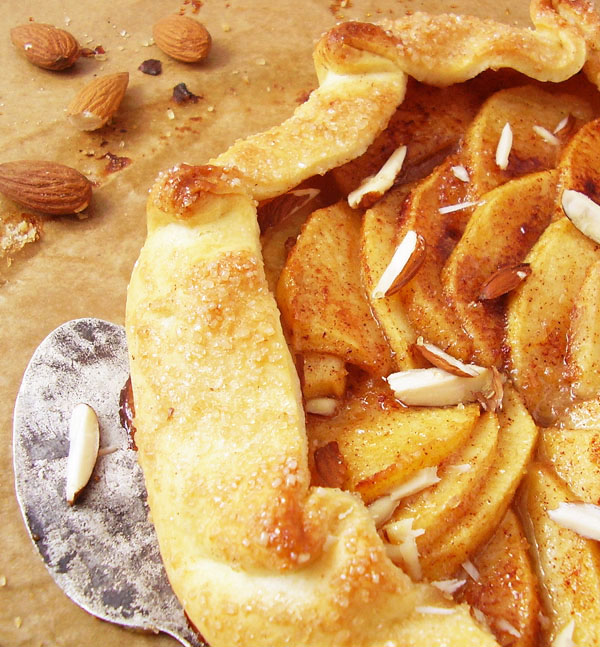 When started to prepare the ingredients, I have measured the crust when unrolled: 10 x 16 inches so when cutting the circle for the galette, the diameter was 10 inches, before folding it. I did not even think of throwing the crust away ! I used it for flower shaped cookies to serve with Blackberry Apple Earl Grey Jam
Irresistible cinnamon flavor has filled the kitchen only a few minutes after the baking process started and signalized that colder and shorter days are coming, bringing the very special time of the year.

This site uses Akismet to reduce spam. Learn how your comment data is processed.

Hello everybody and welcome to 2pots2cook. Thank you for coming here. My name is Davorka and I am one of the two pots, the other one is my son, a loyal food taster and a patient assistant.
Our food blog ride began in 2015.
Read more